This webinar highlighted examples of good practice, and grassroot approaches to increase ethics in public engagement. The panel discussed ways to restore public trust in good governance and international development and promote international solidarity as we move towards a just, COVID-19 recovery process. This webinar also addressed the negative consequences of unethical images and conduct on diverse communities in Canada and the Global South. 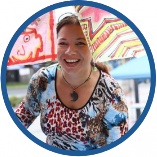 April became the Executive Director of Pacific People’s Partnership in 2009. Since then, she has overseen multi-year Canadian International Development Agency (CIDA) funded projects for civil society conflict transformation in Manokwari, West Papua. These included the development of women’s networks and cooperatives. She has assisted in the development of communications strategies along the Sepik River Region of Papua New Guinea and helped produce and host four major Pacific conferences, and also succeeded in creating public engagement programs that connect the Indigenous peoples of Canada and the South Pacific while opening space for all who care about Pacific concerns. April is currently a Director of the Canada Council for International Development, an Advisor to the School of Technology and Education for Royal Roads University, and is active in a number of organizations including the British Columbia Council for International Cooperation (BCICC), and Media-Net. She boasts of an impressive career and record of service within the non-profit sector, most notably with the First Peoples’ Cultural Foundation, public art galleries, the BC Arts Council, and the BC Museums Association. Throughout her career, April has successfully managed complex projects in a cross-cultural and multi-stakeholder context. Prior to joining PPP, she worked for three years as Production Manager for the nationally broadcast Indigenous arts and culture television show The New Canoe and was part of the development team for the web-based Indigenous language archiving system First Voices. 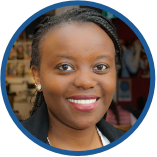 From a young age, Christina has been passionate about poverty reduction and social justice. This has led her to work and volunteer in the international development and public sectors on youth employment, women empowerment, food security and climate change projects. Her experiences sparked interest in how youth from marginalized and poor communities are involved in poverty reduction, which was explored in her Masters thesis and led to co-founding BiaSHEara, a multifaceted enterprise that showcased stories of Canadian women entrepreneurs of East African descent and engaged youth volunteers to support documentary production. She has worked with the United Nations and several Canadian international non-profits, and is currently a board advisor for a non-profit, Canadian Samaritans for Africa. Christina was recently part of the OCIC Youth Policy Makers Hub and is currently working at TakingITGlobal as the Ontario Partnership and Outreach Lead and Data Administrator for the #RisingYouth program, where she supports youth to take up leadership and make positive changes they would like to see in their communities. 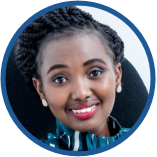 Faith Tanui is a software engineer, a community development specialist, a worship leader, and a travel enthusiast who is passionate about youth empowerment and unearthing possibilities in young people. She is the Founder and Executive Director at PendoAfrica, an organization that empowers youth for personal, spiritual, academic, social growth and economic transformation. She has experience in developing mentorship programs to improve the lives of boys and girls in her community and is responsible for having managed campaigns and running online activism in support of the girl-child and provision of sanitary pads to girls in marginalized areas in Kenya. Faith is a 2016 Mandela Washington Fellow and the 2016 Social Founder of the Year Awardee. She is also the 2017 Ambassador for Women Ambassador’s Forum and the 2018 Kericho Youth Congress Representative. She has a Bachelor of Science degree in computer science and a master’s in leadership and non-profit management. 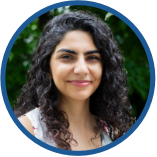 Shiva Mazrouei (she/her) is an Iranian-Canadian researcher and facilitator. Currently, as the Research Officer at YWCA Canada, she is carrying out national research on women’s access to gainful employment, focusing on the barriers faced by made-vulnerable women. Shiva has also led various initiatives and events focused on women’s experiences, equity and inclusion in her work in the non-profit and humanitarian sectors. Her passion and work centre themes of equity, belonging, education, and mental health and she holds a Master of Arts degree in political science and international development studies. Her research interests included the effects of conflict on women, as well as gender representations in educational material and its effect on perceptions of gender equity. Shiva is fluent in English and Farsi, advanced in French, and a complete beginner in Spanish. 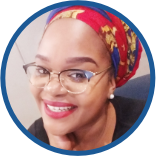 Sinethemba Dlamini | The Conversation Around Ethics in Public Engagement