The first session (September 21, 1:00 PM Atlantic) will feature ICN research participants who will reflect on the research process and share findings and recommendations from the research. 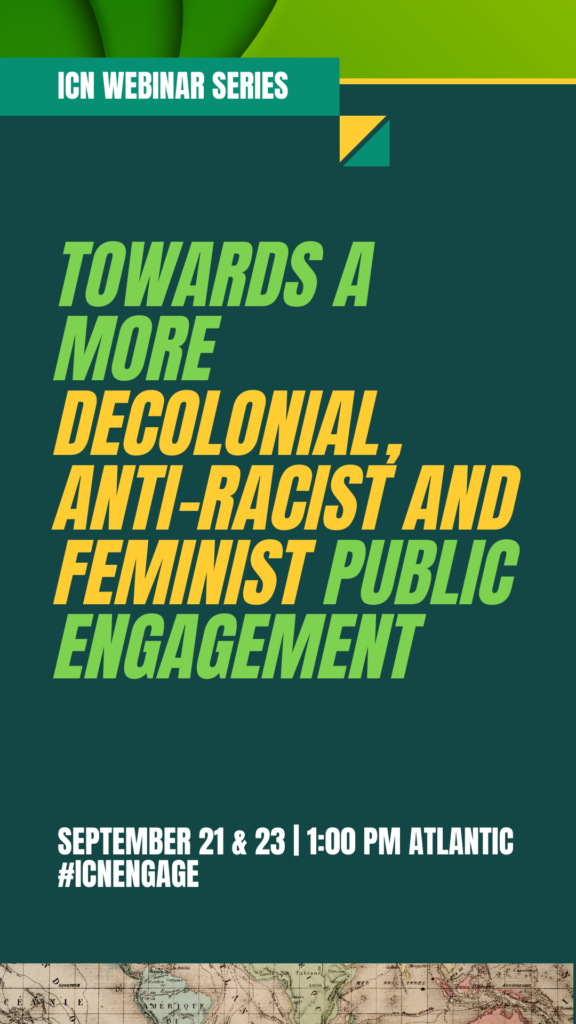 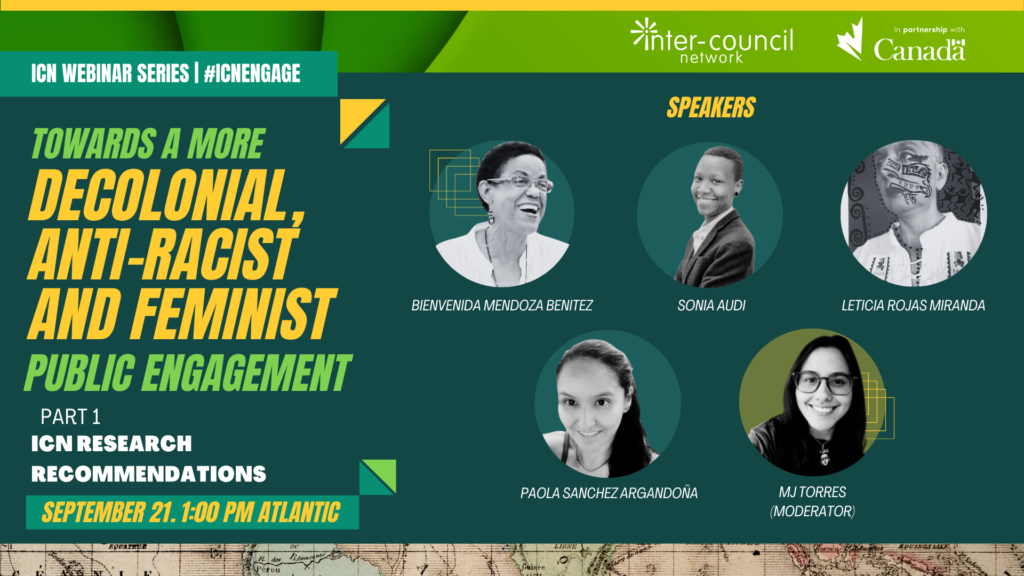 Join us as we host a webinar on to share findings and recommendations from ICN’s research exploring decolonial, anti-racist and feminist approaches in public engagement. This webinar is informed by a six-month long research process involving activists, youth leaders, community advocates, and feminist organizers from Canada, Botswana, Kenya, Ecuador, Haiti, the DRC, Peru, Spain, Bolivia and the Dominican Republic. We will reflect on the research process highlighting the benefits of participatory methods in knowledge creation and share key findings from the research. To inform our collective efforts to be more decolonial, anti-racist and feminist in our public engagement work, we will also discuss some recommendations for practice and policy. 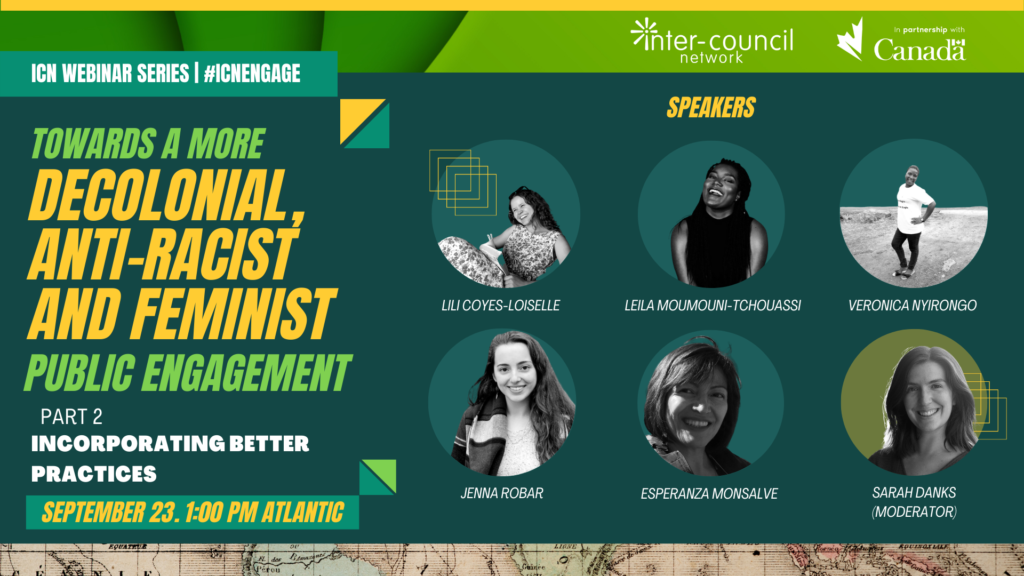 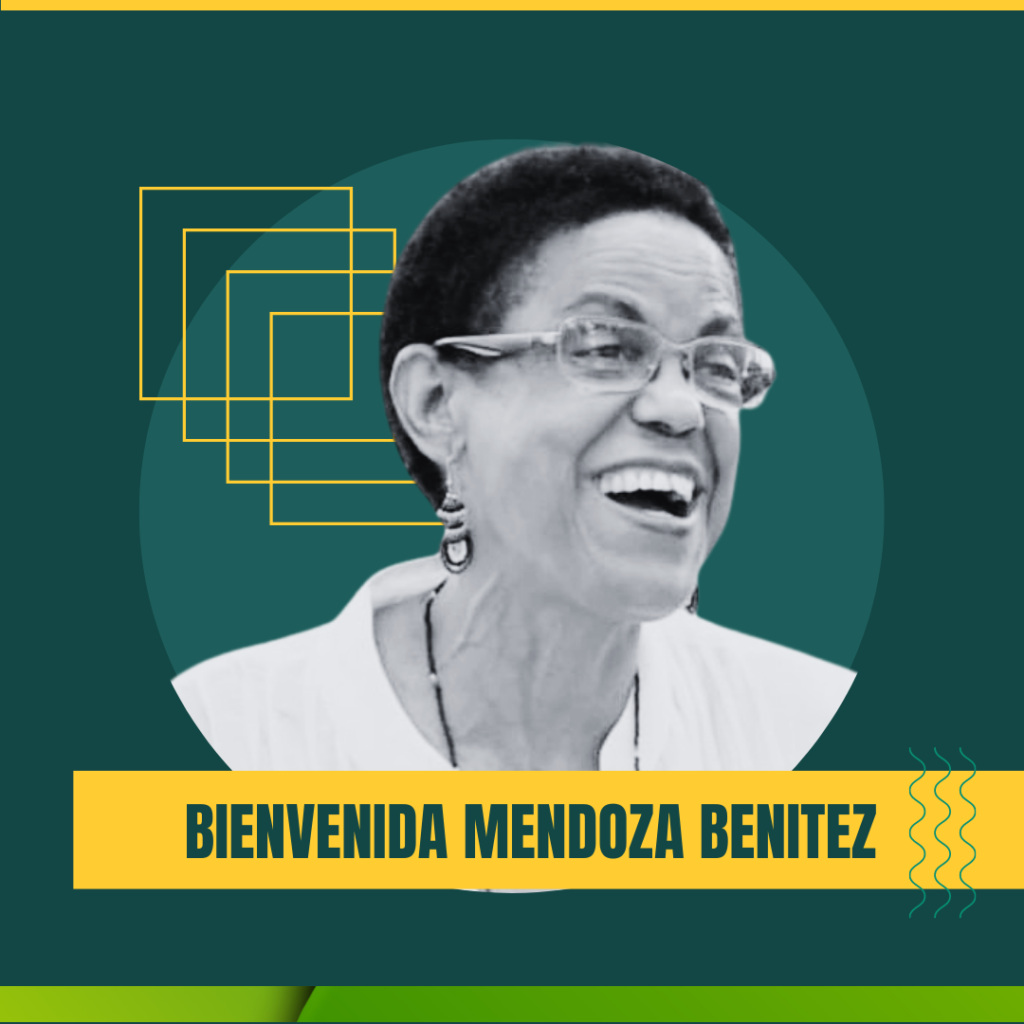 Bienvenida Mendoza Benitez holds a bachelor’s degree in social communication sciences from Universidad Autónoma de Santo Domingo (UASD) and has completed their postgraduate studies in Spanish language and Hispanic Cultures from the Central Connecticut State University and Universidad de Salamanca. They are the founder and facilitator at Escuela de Formación Feminista Antirracista y Decolonial, which focuses on youth and adolescents from marginalized communities and neighbourhoods, and have facilitated courses on Dominican identity and culture for international students, and in the international program of the Universidad Nacional Pedro Henríquez Ureña. Bienvenida has also been the Director, Women’s Program of the Unión de Juventud Ecuménica (UJEDO); director, Young Women’s Program for Latin America, World Council of Churches (WCC), and has worked towards producing a guide for training sessions on anti-racist perspectives, focusing on anti-colonial struggles on the island, origin and history of racism, gender, representation and identity. 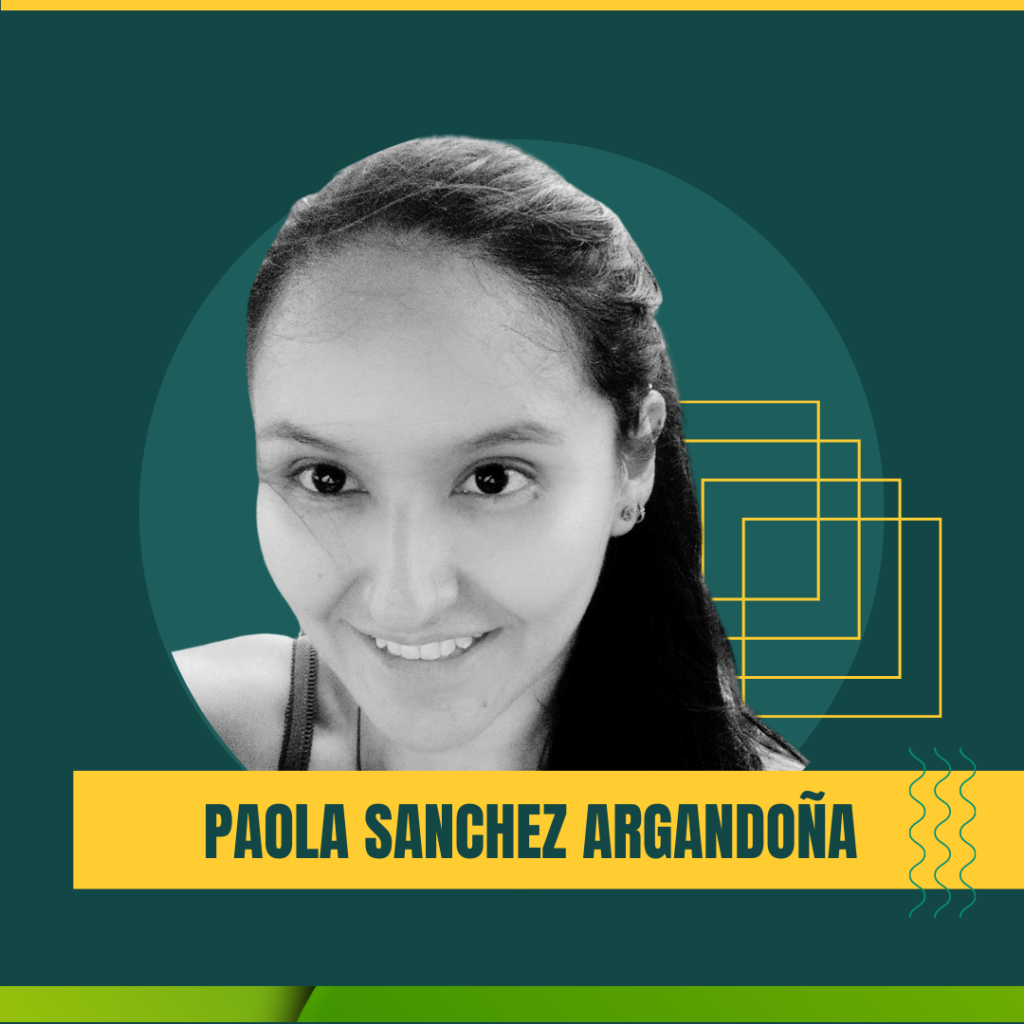 Paola Sanchez Argandoña is a dancer and member of Jasy Renyhê, an ecofeminist organization based in La Paz, Bolivia, whose work is focused on indigenous women and girls in the Bolivian Amazon and the acts of violence that affect their bodies, lives, and territories. Lately, she’s been interested in combining art and research to connect lives and heal together in horizontal ways of communication, care, and support between women. 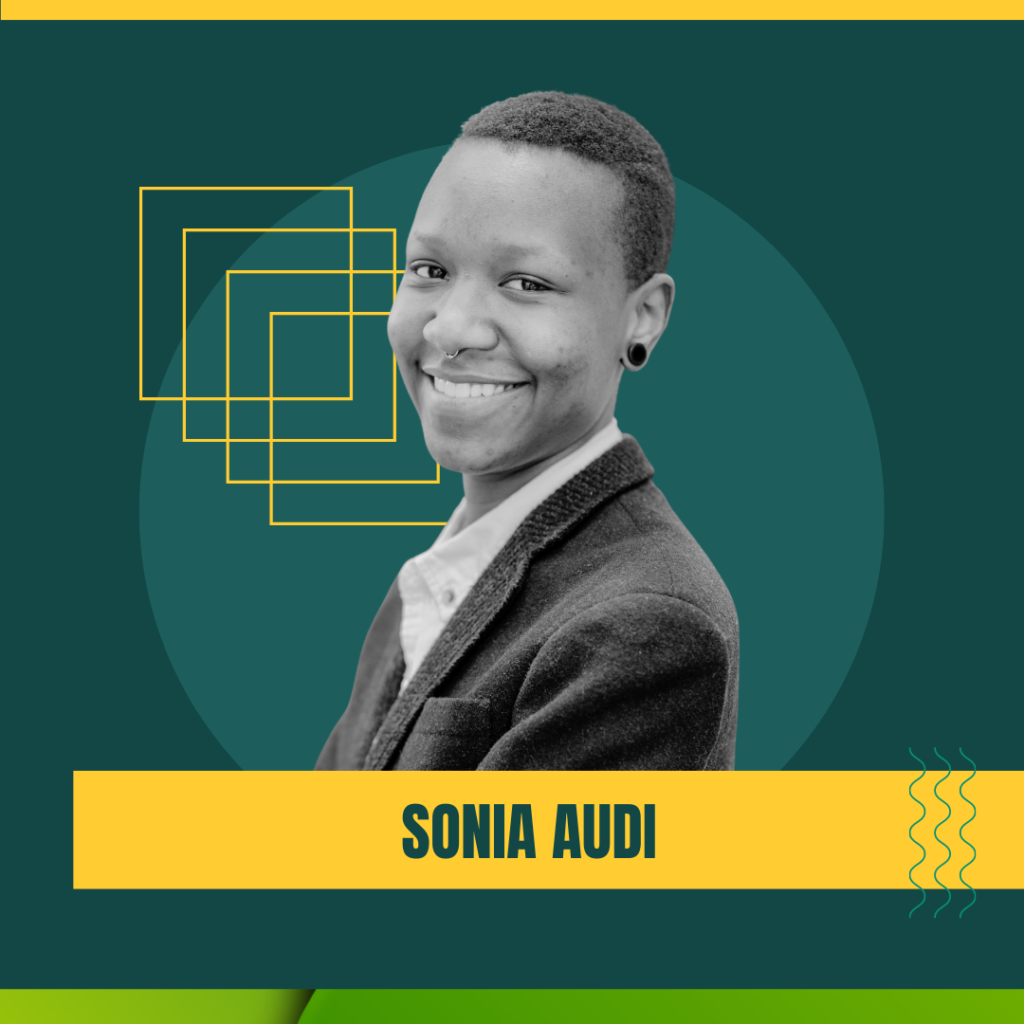 Sonia Audi is a Kenyan queer, nonbinary feminist, activist and creative. They channel their skills and passion for advocacy and storytelling towards advocating for an all-inclusive world where LGBTQ+ persons are free to exist as their most authentic selves. This is evident in their work as a program coordinator at Jinsiangu, an organization that works to enhance the lives and wellbeing of intersex, transgender and gender non-conforming (ITGNC) persons in Kenya; and as a community organizer at Queerhive Kenya, a youth-centered, creative and social support organization for lesbian, bisexual and queer (LBQ) womxn and gender non-conforming persons. They have also been involved in a number of collaborative creative projects such as “Meanwhile” by the Qintu Collab, “Rainbow Childhoods” by GALCK, “New Rain” by Minority Womyn in Action, and “Emergence” by Holaafrica. 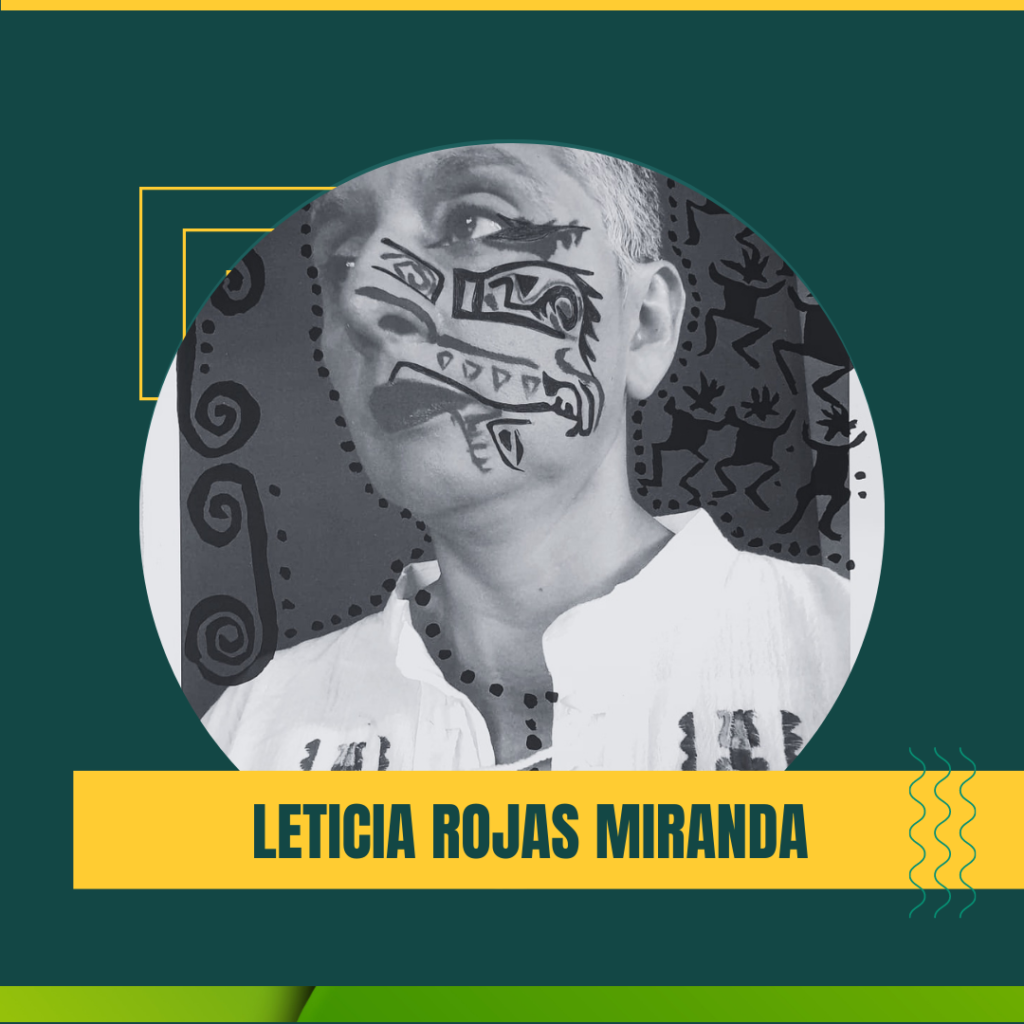 Kimy/Leticia Rojas Miranda holds a doctorate in sociology and anthropology, and has experience with trans/feminist and migration studies, as well as gender and sexual identity studies. They are a researcher and a diaspora activist/artist in both Spain and Abya Yala, and have been part of the Ecuadorian feminist movement since 1999. Starting in 2008, they have divided their time between Madrid (Spain), Quito and Guayaquil (Ecuador). Alongside other activists in Spain, they have participated in the Migrantes Transgresorxs collective since 2009 and the Ayllu collective since 2017. Kimy’s skills include research and activist/artistic creation, which they have practiced for 12 years. Recent projects include the research project “Mapeo de Feminismos Negros en Abya Yala” (“Mapping Black Feminisms in Abya Yala“); “Re-existencia transfronterizas ‘entre aquí y allá‘” (“Transborder Re-existence ‘Between Here and There'”), Ecuador chapter, 2020; group exhibition, “Don’t blame us for what happened / No nos culpen de lo que pasó” (Migrantes Transgresorxs collective/Ayllu collective), Biennale of Sydney: NIRIN-2020, at Artspace. They also work with POPS (Programa Orientado a Prácticas Subalternas), a research and training project that began in 2018 at the Centro de Residencias Artísticas, Matadero-Madrid. The fourth edition of POPS, held in collaboration with GLEFAS (Grupo Latinoamericano de Estudio, Formación y Acción Feminista) is now coming to a close. 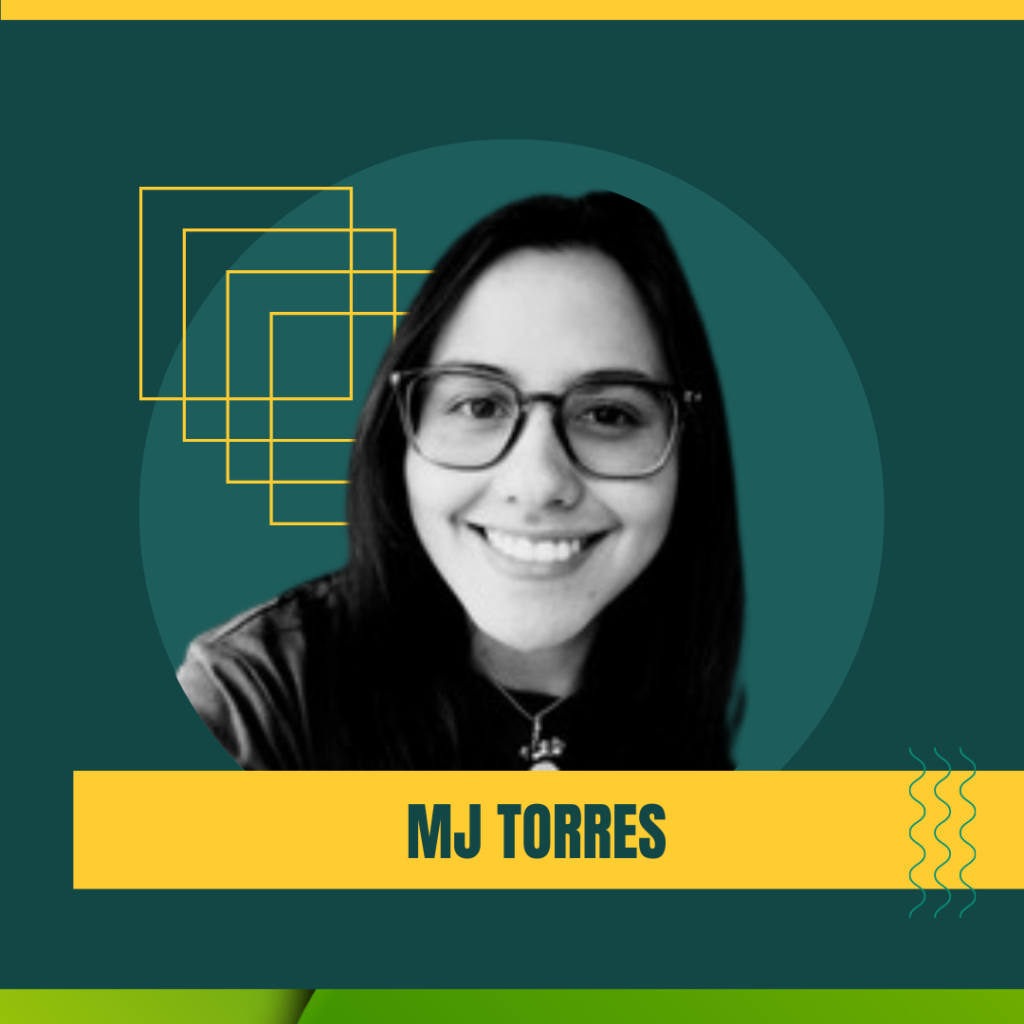 Moderated by
MJ Torres was born in Colombia. She moved to Canada in 2017 as an international student and got a degree in environmental management. Currently, she works as an analyst at Upswing Solutions and as a youth advisor for the Canadian Council for Youth Prosperity and Vibrant Healthcare Alliance helping people with disabilities. In the past MJ has worked with several non-profits too. At the beginning of 2022, she was accepted in the Youth Champions Program by Spur Change where she learned how social and environmental issues intersect. Thanks to the program she was able to develop her own climate justice project to illustrate the disproportional effects of climate change in certain regions and communities. MJ is happy to be part of conversations that focus on building a better world! 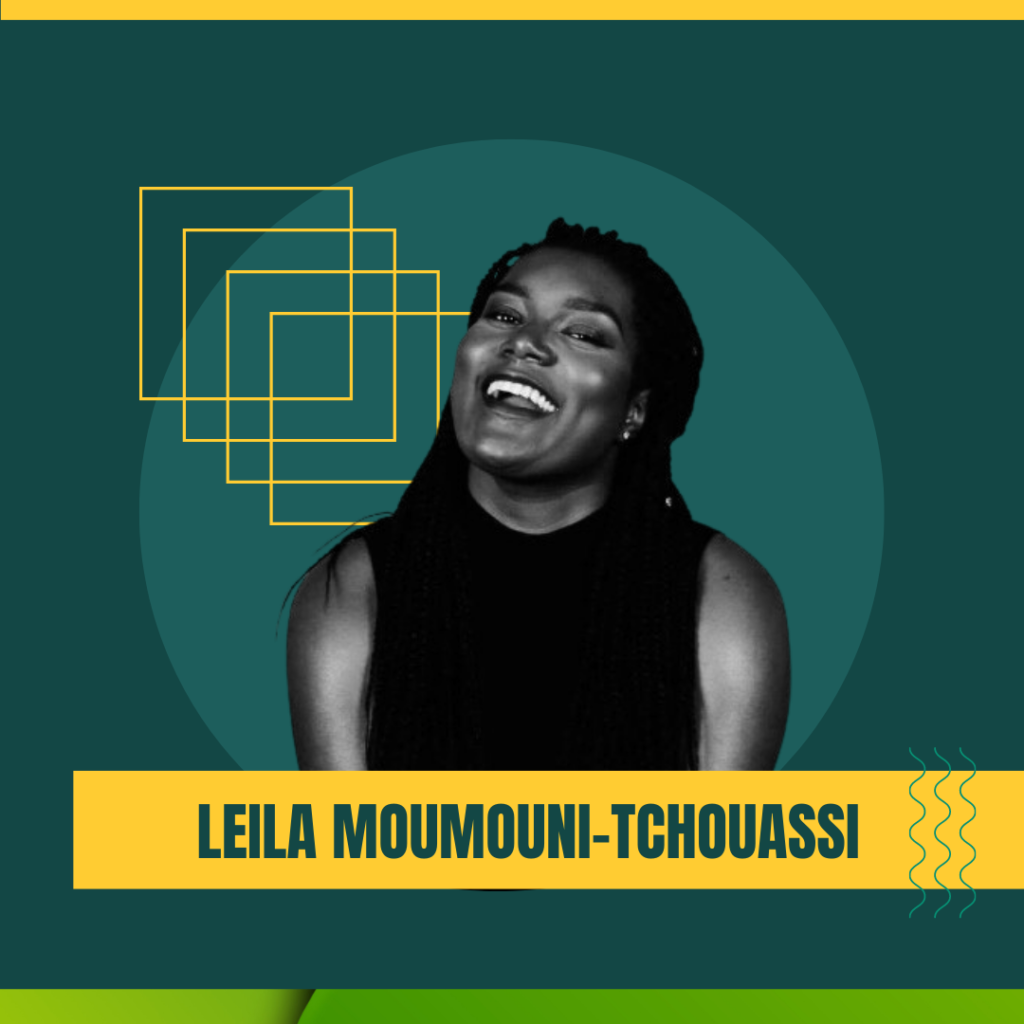 Leila Moumouni-Tchouassi is a Black Bamileke Bazoo and Zarma gender-fluid person living at the intersection of multiple marginalized identities that have directly informed their understanding and practice of this work both on the side of international cooperation and in their direct community building and activism. Having studied international development and globalization, Leila left the sector disappointed by the lack of awareness and acknowledgment of the effects of colonialism, racism notably, anti-Black racism, and the dependence of western nations on dangerous and ineffective power imbalances. During their hiatus from this work, Leila focused their efforts on gender equity at the intersection of other systems of oppression throughout the non-profit sector. Now that they are back in the sector, Leila is excited to be tackling their work at the ARC Hub from a space grounded in exploring traditional and holistic approaches to decolonization, localization and other areas of focus for our sector. In their consultancy, educational, and activism work, Leila has learned that strong, resourced, and uplifted communities are the foundation of long-term, systemic and revolutionary change. That is what they have come back to this sector to see actualised: they want to start that work of building together by co-creating our sectors vision for the future of our work and spaces for conversation about this new path forward that could revolutionize our sector. 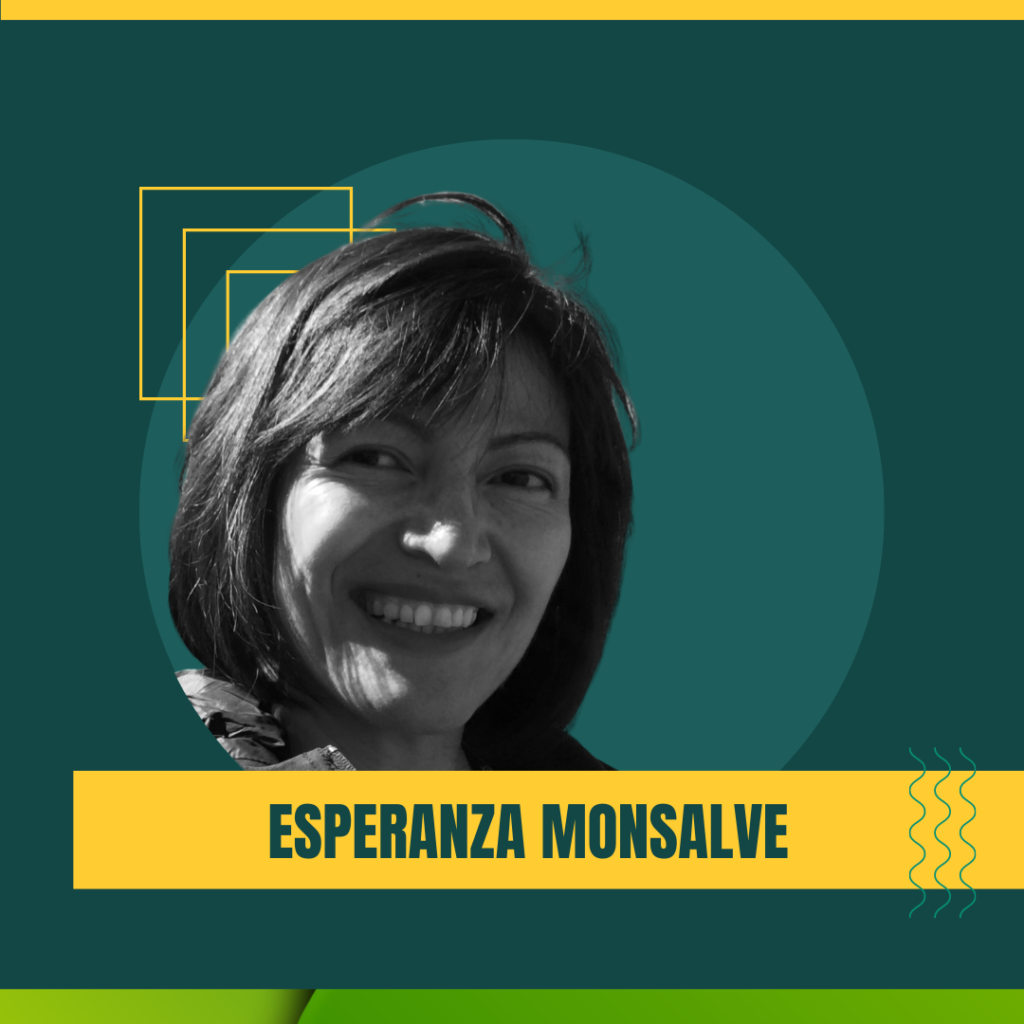 Esperanza Monsalve is currently the Manager of the YMCA International Program and also the co-chair of the Indigenous Reconciliation Working Group;  a team of staff members who came together with the commitment to promote and coordinate the YMCA of GTA efforts to contribute to the TRC Calls to Action.  Esperanza has participated in cross-collaborative projects both in Canada and the Global South and through her current role she provides leadership to the YMCA of GTA partnerships with the YMCA in Liberia, Senegal, Ghana, Mexico, Colombia and Peru, and to the local public engagement programs in the GTA.  She is also a member of the Partnership Brokers Association. 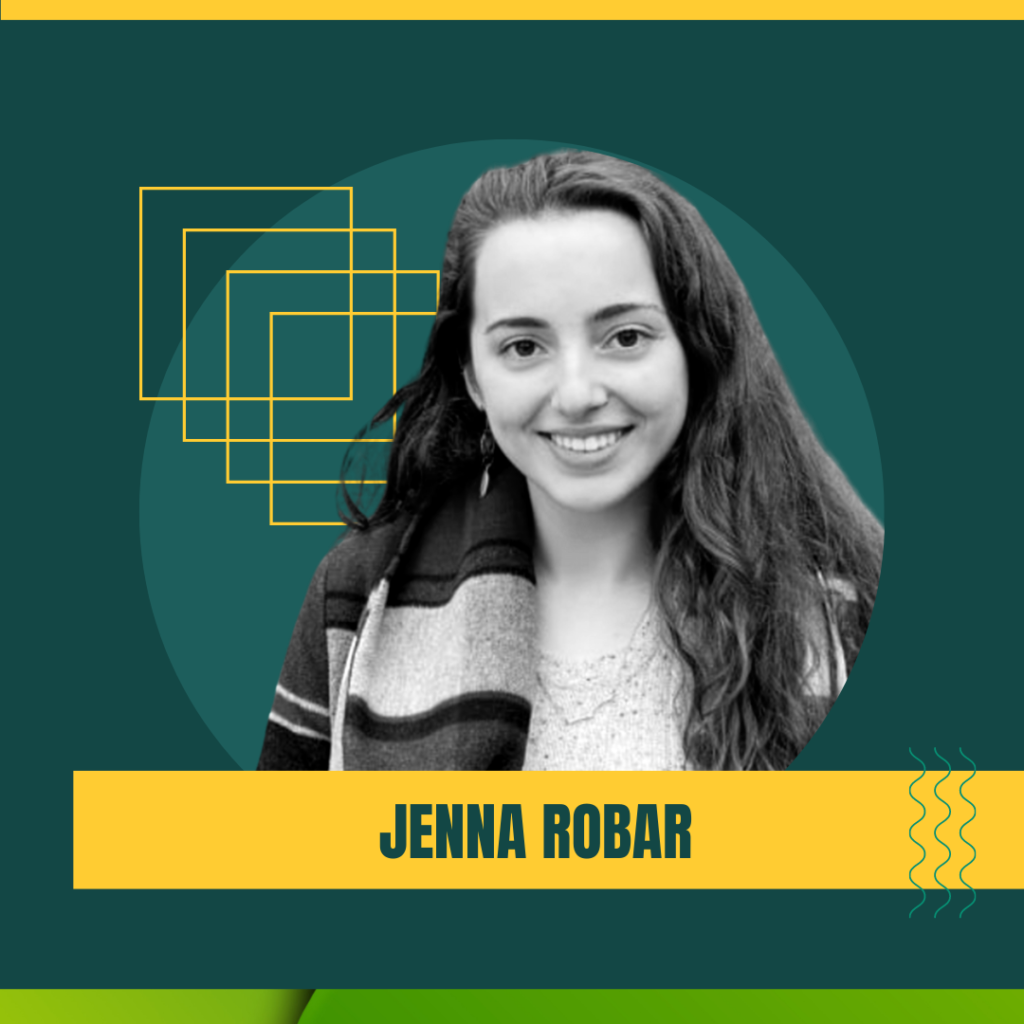 Jenna Robar (she/her) is a passionate speaker, advocate, and traditional hand drum carrier and singer. Jenna has carried the title of ‘National Ambassador of Hope’ with the Canadian organization ‘We Matter’ for 3 years, frequently travelling across Canada to speak to Indigenous youth on life promotion. Seasoned in speaking up for what she believes in, she has spoken and drummed in the House of Commons, with the United Nations Association of Canada, and in schools and universities on behalf of the Truth and Reconciliation Commission of Canada. Jenna is also a member of the Prime Minister’s Youth Council, providing non-partisan advice to the Prime Minister and the Government of Canada on issues of importance to Canadians. 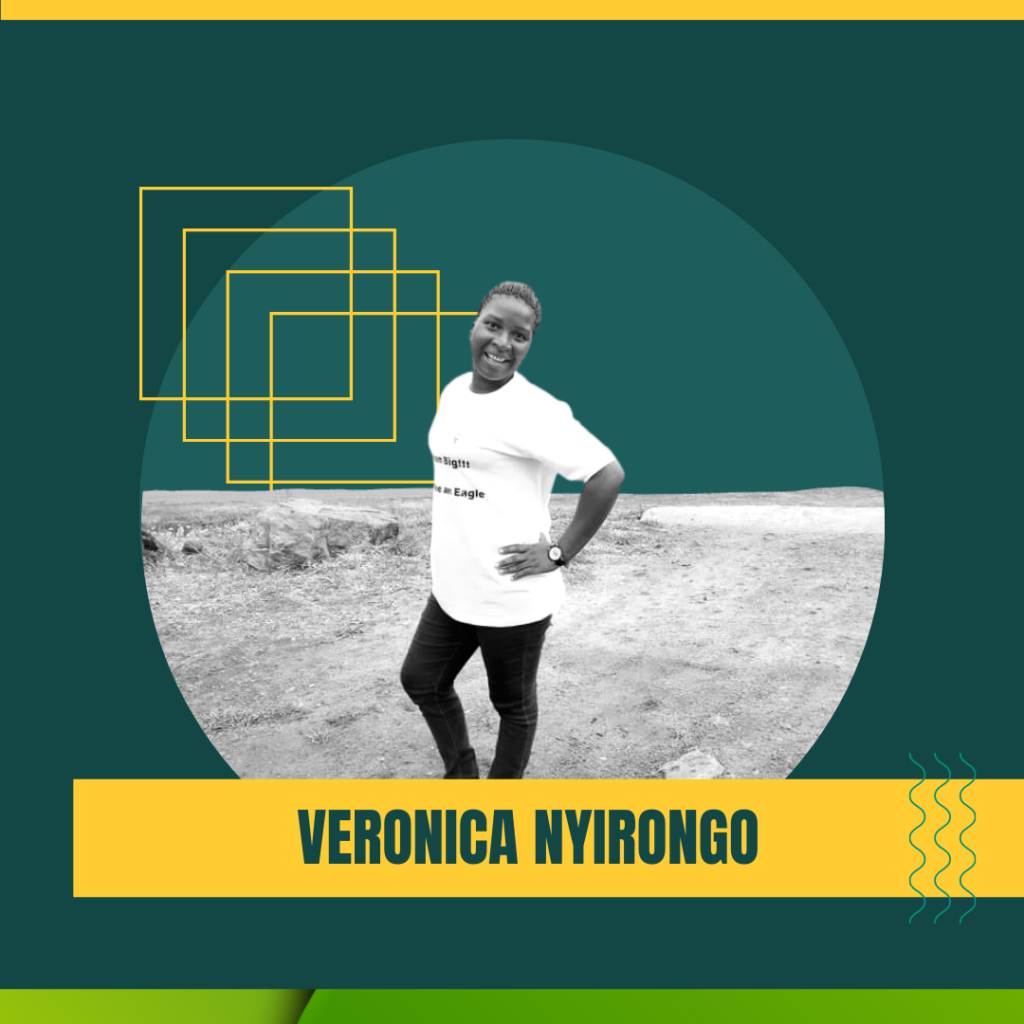 Veronica Nyirongo is a Specialist – Community-Based Youth Sexual and Reproductive Health Rights, based in Lusaka, Zambia. Veronica was a 2022 Spur Change Youth Champion and a delegate at the United Nation’s 66th Commission on the Status of Women. She was recently accepted into the Coady Institute’s Feminist Leadership for Justice, Equity and Ecology course. Veronica graduated in 2019 with a Diploma in Art and English and holds certificates in life skills, entrepreneurship, ICT, critical thinking and problem solving. Veronica always fights hard to help her community to fight against early marriages, gendered violence, and works towards gender equality and helping young girls by counselling and motivating them. 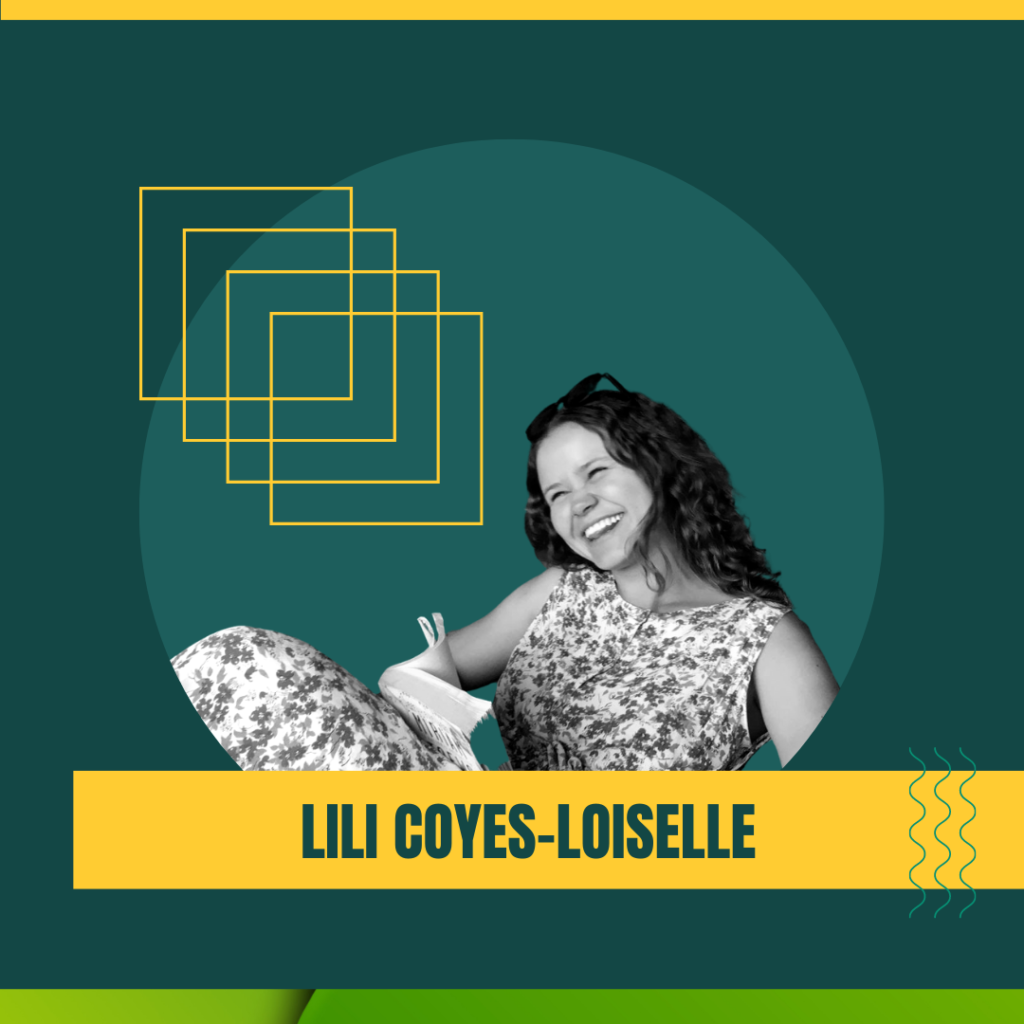 Lili Coyes-Loiselle (she/her) works at VIDEA as the Manager of Indigenous youth engagement and reconciliation where she is privileged to facilitate and collaborate on a number of VIDEA programs, including the Cwelelep – Journeys From the Heart program, the International Indigenous Youth internships, and the Silenced and Stolen, Human Trafficking Awareness Project. Born and raised on Treaty 6 Territory in Amiskwacîwâskahikan or Edmonton, Alberta, she is a proud member of the Métis Nation of Alberta. Lili is passionate about addressing issues connected to gender inequality, climate justice, colonial violence, and the intersections between them all. 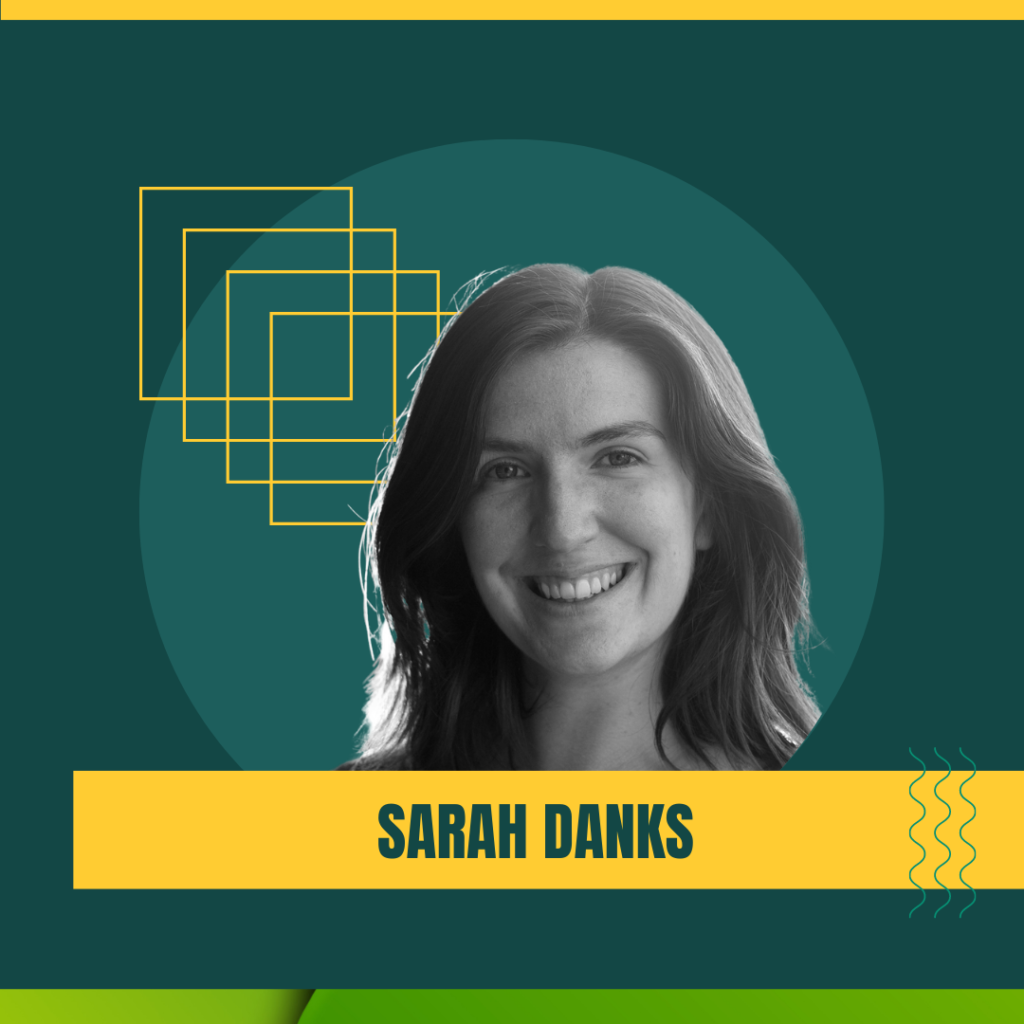 Moderated by
Sarah Danks has worked in the non-profit sector for six years. Most recently, she worked for VIDEA as their Communication and Fundraising Officer, where she headed VIDEA’s annual fundraiser, the Global Solidarity Challenge. She has experience in event planning, social media management, inclusive and accessible engagement, and finance support. Sarah is also a Spur Change 2022 Youth Champion and is currently completing her Master of Communication at Carleton University. Sarah was born and raised on the traditional and unceded territories of the Lək̓ʷəŋən speaking people and she now lives and learns on the traditional and unceded territory of the Anishinabe Algonquin Nation. Sarah is passionate about learning, human rights, photography, and accessibility.