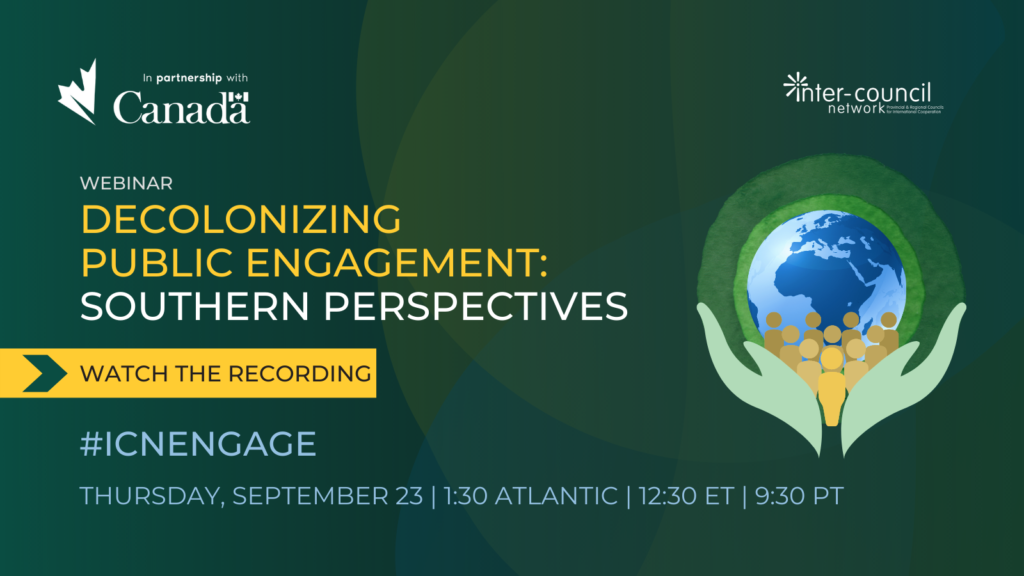 As the international development sector integrates decolonial approaches in programming and projects, it is important to reflect on practices that can inform a more transformative and sustainable change. Our panel of diverse speakers reflected on key challenges and tensions associated with decolonizing public engagement. Drawing on their lived experiences and expertise, speakers provided practical strategies that actors in the development sector can adopt in their decoloniality efforts in public engagement. 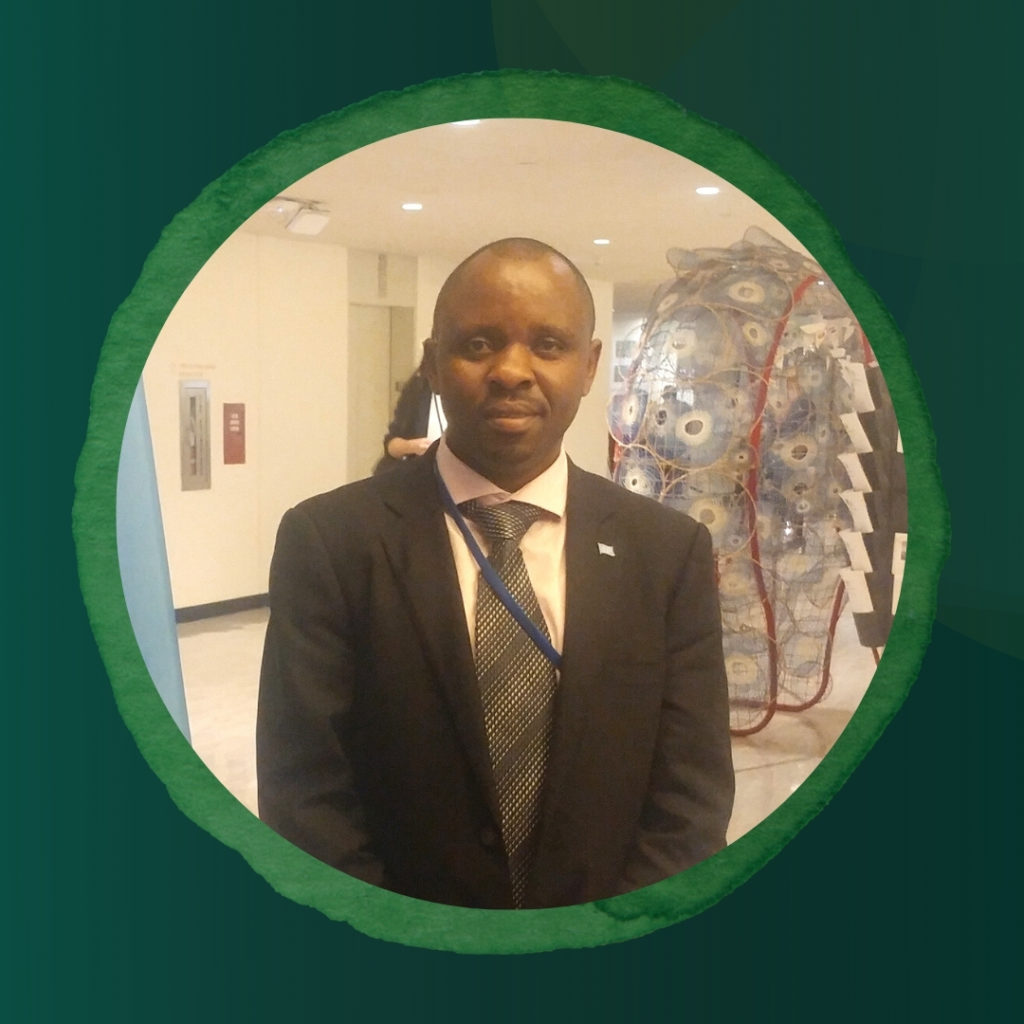 Fredrick Wangabo Mwenengabo is a Canadian peace and civil rights advocate of Congolese origin who has twice been nominated for the Nobel Peace Prize. He represents civil society organizations working for democracy, peace and development at the United Nations, and he is an observer at both the European Union and African Union. Amb. Mwenengabo is a champion for peace, rule of law and equality in his native country of the Democratic Republic of Congo (DRC) and throughout the world. He has spoken in numerous peace and human rights conferences including those at the United Nations and the African Union. He is an advocate who has been arrested, kidnapped and tortured because of his human rights work and his stand against injustices in and outside his country of birth (DRC). On March 5, 2012, he launched a 48-day hunger strike to raise awareness about human rights issues in the Democratic Republic of Congo, resulting in the Canadian government and other Francophonie nations taking a more prominent role in the peace process in Congo. From 2010 to 2013, he was a part-time lecturer for the Faculty of Anthropology and International Development at the University of New Brunswick. From his arrival in Canada in 2009 to April 2012, he worked with the Multicultural Association of Fredericton Inc. in various positions. Other organizations that he has worked with include Amnesty international, Human Rights Solidarity Network initiated, United Nations, Catholic Commission for Peace and Justice and Caritas International. 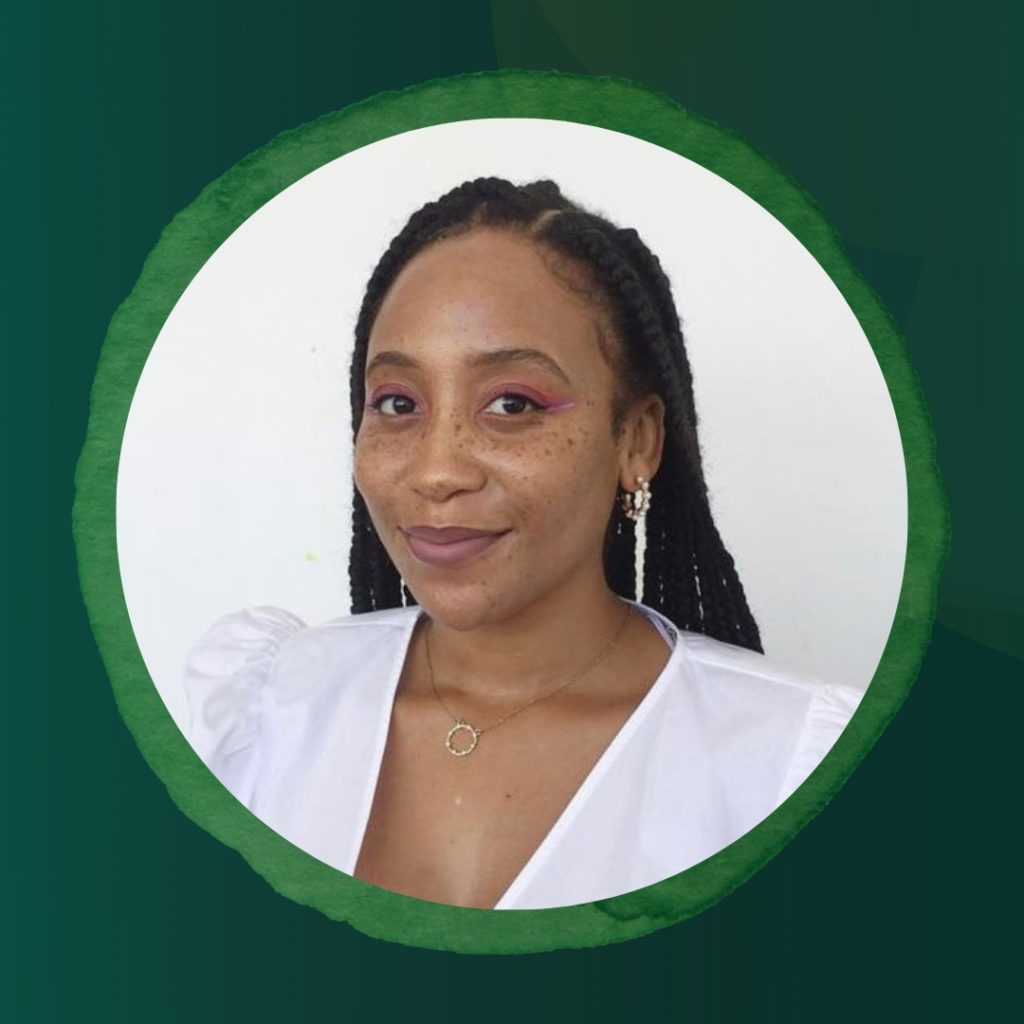 Ian Mangenga | Founder, Digital Girl Africa
Ian Mangenga is a South African social designer using tech, design, and culture to advocate for women’s access and inclusion in the digital economy. She is the founder of Digital Girl Africa, A women-focused digital hub that is widening women’s access to digital skills and opportunities in Africa. To date, they have trained 200+ women and girls in digital skills and counting.  She is interested in how social systems and public processes are revealed in online and real-life public spaces and the very dynamic relationship between these two landscapes. She has been named one of the 200 most influential young South Africans in civil society 2020 by the Mail & Guardian and a Web Foundation Champion for 2021. When she is not studying towards her landscape architecture degree, Ian sits on various working groups and speaks at events promoting global gender equality. 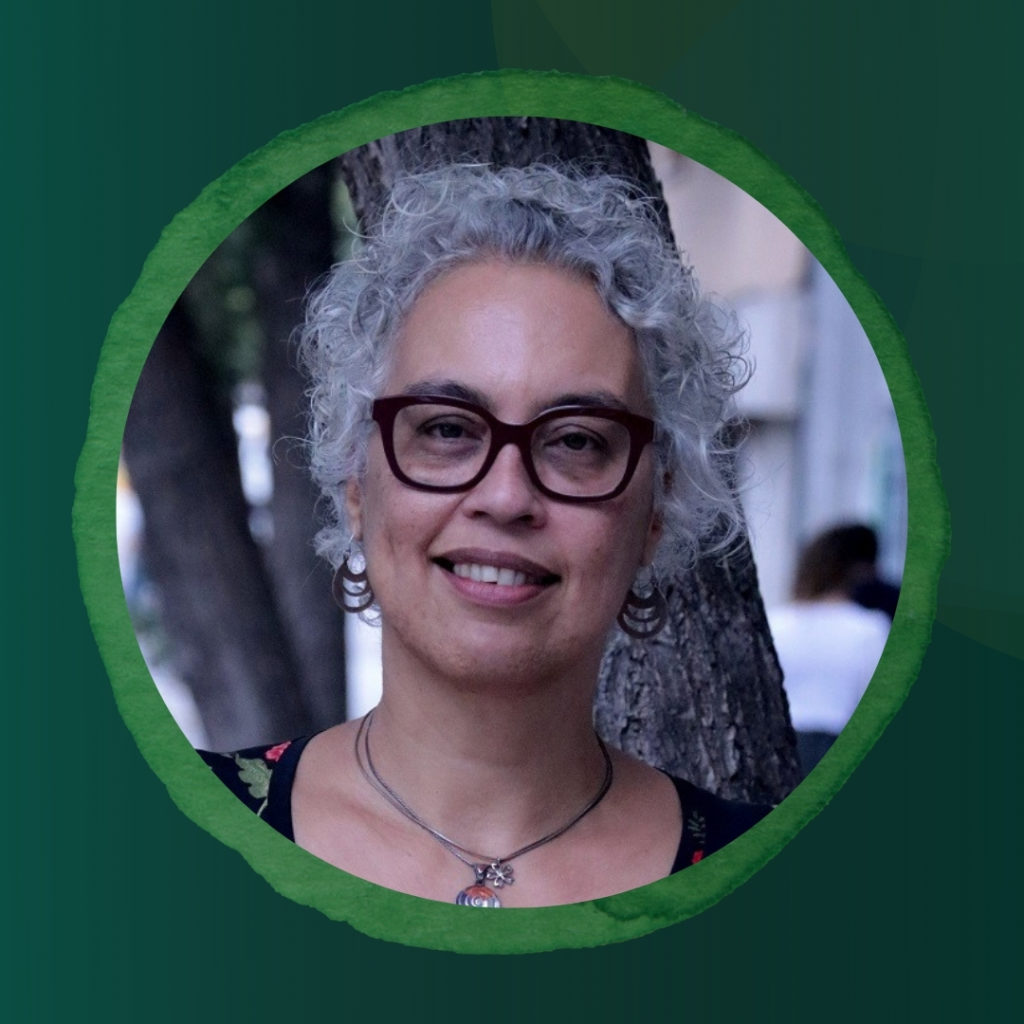 Miriam Nobre | SOF Sempreviva Organização Feminista
Miriam Nobre is an agronomist, with a Master’s Degree in Latin American Integration Studies – PROLAM-USP. She is part of the team of SOF Sempreviva Organização Feminista, an NGO based in São Paulo, Brazil, where she carries out training and research-action activities in agro-ecology, feminist economy and solidarity economy. At SOF she coordinates the team that works with the peasant women and quilombolas of the Vale do Ribeira and participates in the research team of the GenGibre project entitled “Relationship between nature and gender equality. A contribution to critical theory from feminist practices and mobilizations in agro-ecology in Brazil”. This project is coordinated by the IRD Institut de Recherche pour le Développement France.  She was an activist of the World March of Women when the international secretariat coordinated activities between 2006 and 2013. She presently participates in the coordination of the Women’s Working Group of the National Articulation of Agro-ecology and the International Network of Researchers in Feminism and Agro-ecology. 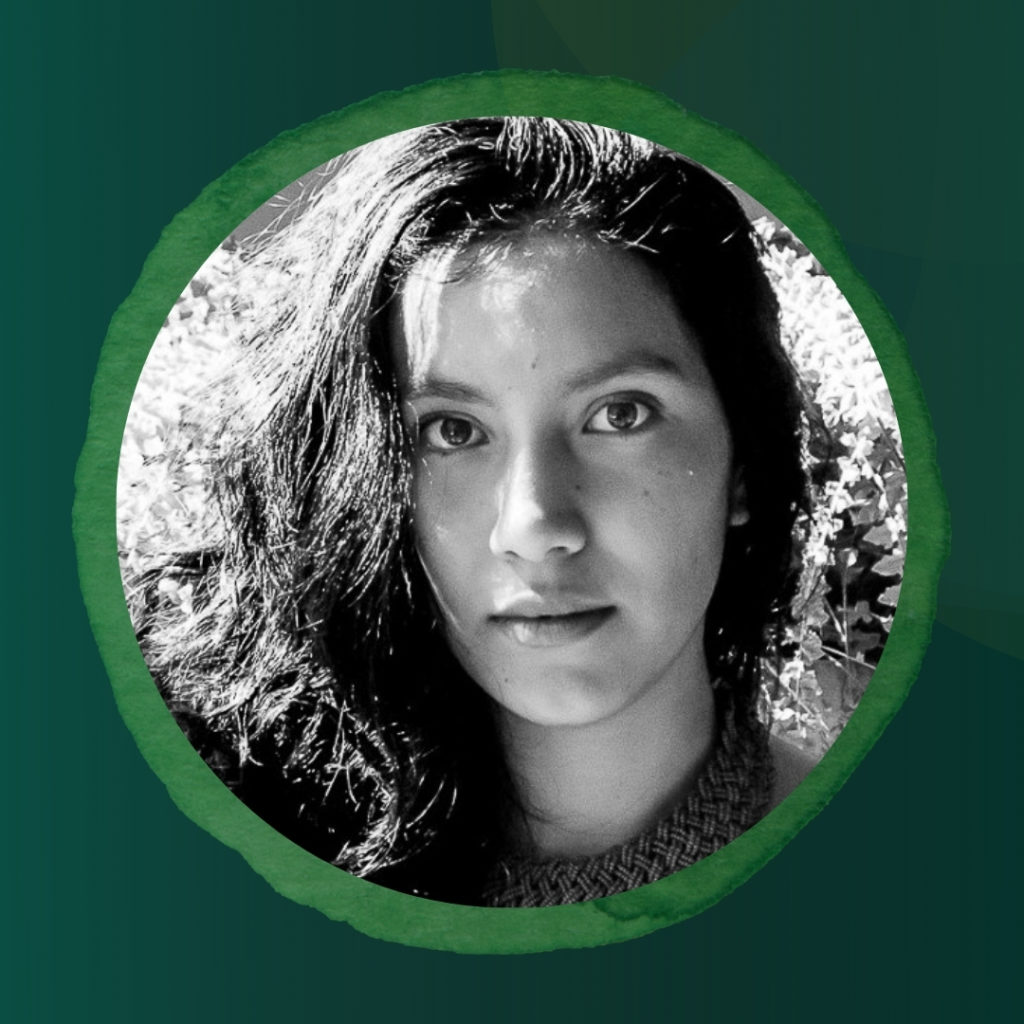 Nohely Guzman | Co-founder, Jasy Renyhê
Nohely is a Bolivian feminist and anti-colonial student and organizer focused on the expansion of Chinese capital in the Amazon from an indigenous feminist geographical perspective. She is the co-founder of Jasy Renyhê, an ecofeminist organization based in La Paz, Bolivia. Nohely has a Master’s degree in Latin American Studies from the University of Texas at Austin and will begin her doctoral studies in Geography at the University of California Los Angeles this year. She is the author of the book “Chinese capitalism in the Amazon: Disposable bodies behind three infrastructure projects in Bolivia” (2018), and has been co-coordinating both medical and emotional emergency and first-aid support for Amazonian indigenous communities during the COVID-19 outbreak and its overlaps with the Amazon fires and floods. 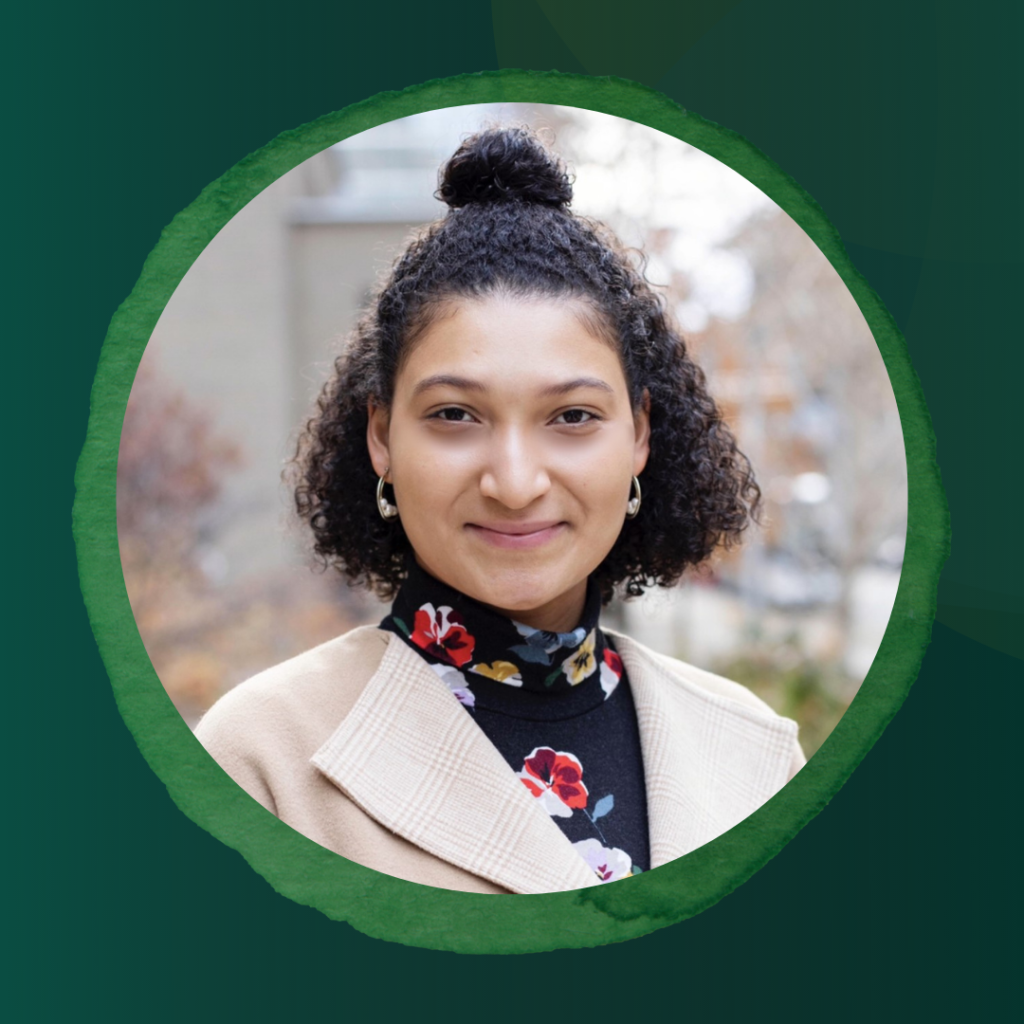 Sydney Piggott | Director of Community Engagement, Elevate
Sydney Piggott (she/her) is a civil society leader and advocate for equity, inclusion and social justice on a global scale. She is the Director of Community Engagement at Elevate–an organization connecting thought leaders, innovators and policymakers to solve complex social problems and the Canadian Headquarters of the United Nations Sustainable Development Goals. Sydney has been a subject matter expert in several international forums including the Commission on the Status of Women, Women Deliver Conference, Inter-Parliamentary Union Conference for Young Parliamentarians and RightsCon. Prior to her role at Elevate, Sydney was the Director of Programs & Projects at YWCA Canada. Passionate about supporting young changemakers, Sydney has worked as a mentor with several youth organizations including the Ontario Council for International Cooperation’s Youth Policy-Maker’s Hub, Apathy is Boring’s RISE program, Community Knowledge Exchange’s Cohort X and the Online Thinkathon Challenge in partnership with the European Union. She is also a contributor at Btchcoin News, a Fulbright Canada fellow and an emerging policy leader in the British Council’s Future Leaders Connect program. Sydney holds a Master of Global Affairs from the University of Toronto where she co-founded the Intersectional Feminist Collective, was a Queen Elizabeth II Diamond Jubilee scholar, and a researcher with the Reach Alliance. Sydney also holds a bachelor’s in International Development Studies from McGill University. She brings an intersectional feminist lens to all of her work informed by her proud Afro-Caribbean heritage.