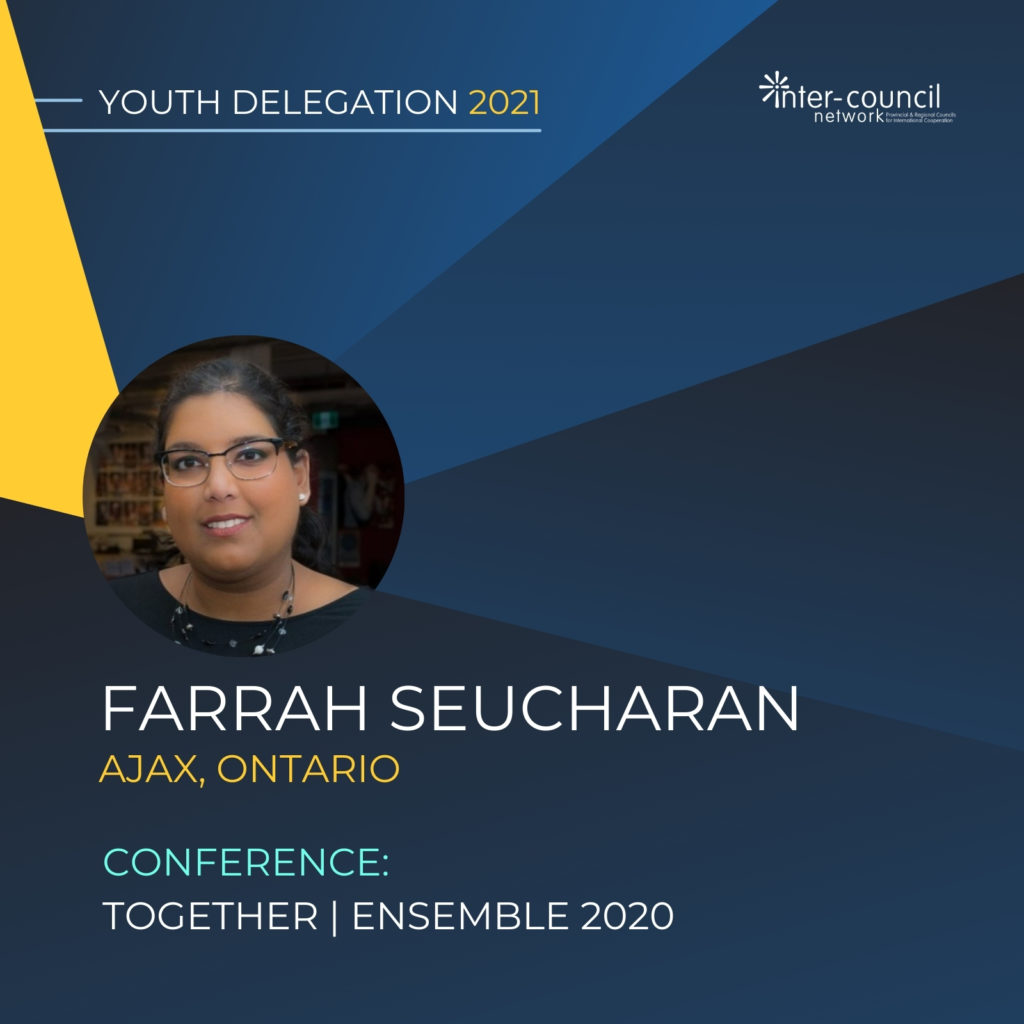 Farrah K Seucharan holds 15+ years of experience in community work, specializing in optimizing social change through outreach and coordination. As a chronically ill woman, Farrah’s targets involve reducing inequalities for marginalized communities and promoting an inclusive society. She has been a member of OCIC’s Youth Policy-Makers Hub since 2019 and continues to serve as an Ally. In 2020 alone, she helped to facilitate a webinar on basic income in Canada, organized a panel on women in politics, and spoke on ethical community engagement at OCIC’s annual symposium. Farrah is a past member of the Patient, Family & Public Advisors Council at Health Quality Ontario. Currently, she is a Master’s Student at SOAS University of London specializing in Poverty Reduction Policy with a focus on inclusive growth. Her dissertation will focus on social inclusion through digital inclusion, and how policy can help to positively shape global society’s growing digital entrenchment.

In May 2020, Farrah attended the TogetherEnsemble2020 virtual conference, Canada’s national conference on the SDGs. Together with a group of OCIC’s Youth Policy Hub and Gender Equality Hub members, Farrah helped to pitch, construct, and speak at a panel session titled, ‘Elect Her: Womxn’s Political Participation as a Conduit for the SDGs.’ Panelists argued that as gender equality is tied to the SDGs, providing diverse female-identified candidates with the tools and support to get elected could not only change Canada’s electoral landscape but could help elected members create and pass policies that may empower women socially and economically. Panel members. spoke from a variety of viewpoints, with Farrah speaking from her lived experience as a person with disabilities. Farrah’s public engagement activity will involve writing a blog post on her experience, both as an attendee of the conference and as a speaker who facilitated the creation of a panel session.

From Farrah's Blog 'Pitch, Speak, Attend: My Experience at the Together│Ensemble 2020 Conference (...and some tips too!)'